Stick-tight flea is also known as a hen flea or Echidnophaga gallinacea. It is an occasional pest by nature. Stick-tight fleas belong to the 2,500 known flea types in the Siphonaptera order. This species appears dark brown in appearance and measures up to 2 millimeters in length, half of the size of the common cat flea.

The hen flea differs from a cat flea as it lacks the general pronotal and genal combs known as ctenidia. However, like other fleas, it also has dynamic hind legs that allow it to jump to distances larger in comparison to its size.

Stick-tight flea bears this name as it gets embedded in the head of the host’s skin. The flea is present in several species of mammals and birds, in addition to humans also. The hen flea exists around the globe in the tropic, subtropic as well as temperate zones.

In chickens, the stick-tight fleas are visible around their eyes, wattles, comb, or any other bare spots. As they are embedded, therefore cannot be brushed off easily from the skin of the affected chicken. The question that arises now is how to get rid of them? 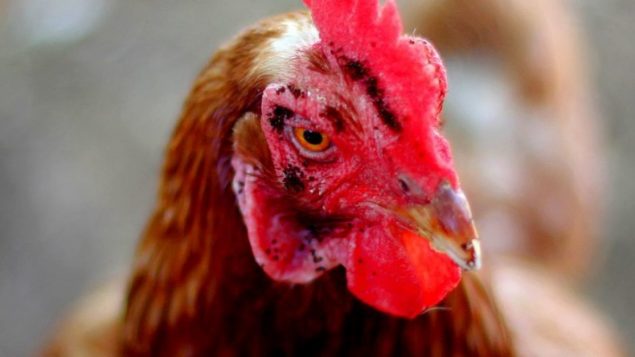 How to get rid of Sticktight fleas?

If stick-tight fleas are uncontrolled, they cause medical conditions such as anemia, severe skin irritation, and sometimes eventually death. Therefore, it becomes necessary to take measures to prevent the number of fleas affecting the chicken. The number of fleas present on chickens may vary from more to less, so do the methods.

If a small number of hen fleas are present, these are eliminated by hand using tweezers to pull the fleas off individually. However, to lessen the probability of their reinfestation, birds are treated with an insecticide named pyrethroid, registered for on-bird application, and the larvae of flea habitat modified to discontinue their life cycle. The flea larvae are present in the litter, straw, other floor covering material, and also shavings. Therefore, the cleaning of coops is also an important point to consider. Keep in mind to either burn or remove the contaminated materials and get them replaced with fresh shavings. The fresh shavings must be sprayed; with the help of an insect growth regulator. There remains a need for monitoring chickens. It is to avoid them from catching any subsequent infestation and are treated as a result before the development of the population.

The complete duration of their life cycle takes around 1 to 2 months, which varies according to the temperature conditions. The female adult hen fleas lay eggs during the night while retaining their attachment to the chicken. The laid eggs then drop to the ground where the chicken is sleeping. In approximately four days, tiny-sized larvae emerge from the laid eggs that gain their nutrition from feces and organic material from the adult fleas. They molt many times before burrowing down right into the soil and cocoon, where they develop into adult fleas. This process takes around two weeks and, once the adult-sized hen fleas emerge, they seek the position of chickens to feed on and nourish as a result.

From a clinical point of view, restlessness, skin irritation, pale comb or wattles, frequent scratching, and small black spots that are unable to move are visible when there are infestations of the stick tight fleas present on chickens or any other bird.

The treatment of the stick tight or hen fleas takes into consideration two parts. The first part of treatment involves the removal of the adult-sized fleas from the face of the chicken and practicing wound care. The second part of the treatment includes the removal of the flea eggs and developing larvae that are present in the run or coop environment. All of the nestbox and bedding materials should be discarded and substituted with the newer ones. Also, keep in mind to thoroughly clean and treat all of the housing components with the help of effective and productive insecticides. Keep in check for the stick-tight fleas and manage their treatment as soon as possible to avoid any complications in longer terms.