Cockroaches are cold-blooded insects, and like numerous other cold-blooded creatures, such as other reptiles and insects, they adapt to the temperature of their environment. They become particularly active in warm weather because all internal chemical reactions proceed more quickly in warm weather.

However, cockroaches slow down considerably and become less active when the temperature drops. When there is no food, they do the same thing: they keep their activities to a minimum and only use energy for the most basic things that help them stay alive.

Cockroaches eat all kinds of food. Their preferred meal varies depending on the species, although the most common domestic pest cockroaches are known to eat almost everything. However, many favor starchy or sugary foods. Proteins and lipids are likely to entice a variety of other species. Most roaches also eat glue from book bindings, sewage, decomposing food or wood, hair, and almost any other organic stuff located by them.

One of the most challenging pest concerns to manage is cockroach infestation. Cockroaches are extremely versatile organisms. The typical lifespan of a common species is several weeks to months without sustenance. A cockroach lives for approximately 1.5 years on average. However, their life duration is highly influenced by the climate, the availability of food and water, and the environment in which they live. 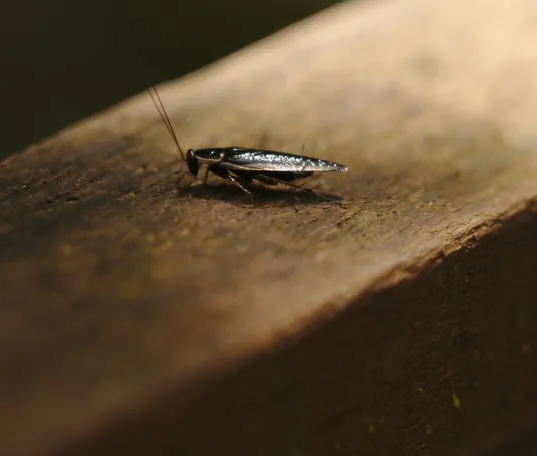 Cockroaches may normally survive without sustenance for weeks or months. This varies according to species. Their capacity to endure long periods without nourishment gives them a survival advantage.

Cockroaches, like all insects, possess no body heat. They adjust their physiological functions to the environment’s temperature, like other cold-blooded animals. They liven up when the temperature rises. They slow down in cold weather. The Japanese cockroach is one example of a species that thrives in colder environments, demonstrating that this is not a universal truth.

Warm-blooded creatures require more energy to maintain their core temperature. Cockroaches are able to preserve energy because they do not need to control their body temperature.

The open nature of their cardiovascular system also contributes to their low energy use. They lack blood arteries, therefore blood flows unrestrictedly throughout their body. Open circulatory systems consume less energy than closed ones, but the delivery of blood is far slower in open systems. Due to cockroaches’ small size, the slow pace of blood transmission poses no threat.

It is highly unusual for Cockroaches to go for extended periods without food. They are superior to other pests because they are incredibly resourceful and often quickly find food wherever they are.

Water consumption is a vital part of cockroach existence and is something that they do. Due to their cold-blooded nature, cockroaches often go for extended periods without nourishment. But they can only live for a week without water. Because of this, they are usually found in places around the house that are humid or contain a lot of moisture, like basements and bathrooms.

Cockroaches can go a month without eating, but they can only go a week or so without water, which is one of their basic needs. In general, cockroaches can’t live more than a week without water since they are prone to dehydration. Cockroaches, do not require a significant amount of water to live; in fact, even a single drop is sufficient to ensure their survival for several weeks. A roach can often become immobile after going dry for a few days.

Cockroaches lose weight and their cell death rate increases without water. When a roach lacks both food and water, mitosis (cell division) slows down by as much as half.