The Sphaerocerid fly belongs to the large family of flies known as Sphaeroceridae, which numbers 241 species in North America. Most of the flies in this family usually breed in manure and decaying matter and can also be known as small dung flies. There are several species in the world that feed on decaying organic matter, which means they can be found in the same areas as phorid flies and fruit flies. The life story of Sphaerocerid flies is much the same as that of these other little flies.

Sphaerocerid flies are tiny and yet belong to the large family of flies known as Sphaeroceridae, containing a large number of species. They are tiny in size, that is, ⅛ inches in length. They are black and can be easily distinguishable by using magnifiers. They feed on decaying matter, dunk or manures and can be eliminated by eliminating their source of the breed. 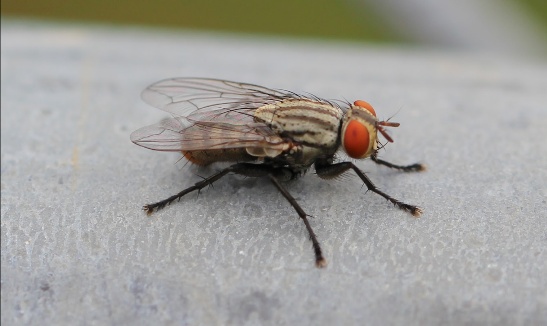 Sphaerocerides are commonly referred to as small dung flies. Various types of these flies are found all over the world. North America has over 200 different species.

In the USA, the most common species are those that develop in commercial poultry houses. They occupy a habitat similar to phorid and fruit flies in commercial and residential kitchens.

Sphaerocerida flies have a wide range of developmental sites and food preferences. Some species develop in areas such as:

Other species will infect almost any place where there is moist organic matter that can accumulate in places such as:

Sphaerocerid flies usually breed indoors where it is warm. They are likely to breed year-round but will not hibernate when temperatures drop.

Sphaerocerid flies are very small and hence difficult to identify without using a magnifier. These small flies are dark-colored flies and are ⅛ inch in length. The critical factor in identifying sphaerocerid fly is their “Tarsi,” which is an enlarged segment. The last five segments of the hind leg of the Sphaerocerid fly are collectively called “Tarsi.”

Although several sprays and traps are used to kill flies in a home, restaurant, or other facilities, an infestation cannot be eliminated without removing its source. Space Spray (Pyrethrin Spray) can be used to kill quickly by reducing populations of flying insects. Pyrethrin Spray is a crack and crevice remedy used to spray the tiny areas where flies breed. Use the Gold Stick trap to keep an eye on the area. These traps use sexual bait for flies to attract them to their death.

Each Sphaerocerid fly caught is one less adult! If you find a drain that is a breeding ground for small flies, use a drainage gel to break up the film in which the fly eggs and larvae develop. In this situation, it is not advisable to spray onto the surface unless there are many flies on the surface of garbage cans, dumpsters, or external walls. Fruit fly traps are also great tools for catching small flies. Attach the trap to the inner lid of trash cans, trash cans, or compost bins to catch adult flies before they begin to breed. Dispose of traps when full of flies or after three months.

As with any small fly control program, identifying and eliminating all possible breeding sites is key to success. When looking for Sphaerocerid flies’ breeding sources, remember that the larva can only survive in decaying wet organic matter. The first prominent place to check is where fruits or vegetables are stored outside of refrigerators or refrigerators. Other areas to check include trash cans, trash cans, rarely used (or cleaned) trash cans under and behind large appliances. Watch out for drains, where small flies often breed in an ultra-thin layer or film of debris that naturally builds up in pipes, traps, and sewers.

Some of the preventative treatments a homeowner can use include the following: