Learn all about sandfly bites, fever, life cycle and treatment.

Sand flies have been observed to be carriers of various types of diseases which sometimes prove to be fatal. They are known to spread typhus and plague around humid regions at an alarming rate.

However, due to over time evolution and scientific revolution in the field of pesticides and insecticides, they have been converted into nothing more than the common insect which feeds on humans and animals alike.

Sand flies transmit diseases to animals and humans, including a parasitic disease called leishmaniasis. According to the Centers for Disease Control and Prevention (CDC), leishmaniasis is rare in the United States.

You may contract it during travel to a foreign country. There are no vaccinations to prevent leishmaniasis. Symptoms include skin sores weeks or months after the bite. They often clear up without treatment, but can be serious in some cases.

Sand fly adults are small flies only about 3 mm long and are golden, brownish or gray colored. They have long, piercing mouthparts that are well adapted for sucking blood from their selected host. Sand flies hold their hairy-looking wings in a vertical V-shape when at rest, a characteristic that distinguishes them from some other small flies. Also, the six legs on the adults are extremely long, being longer than the insect’s body. Sandfly (or sand fly) is a colloquial name for any species or genus of flying, biting, blood-sucking dipteran (fly) encountered in sandy areas. In the United States, sandfly may refer to certain horse flies that are also known as “greenheads” (family Tabanidae), or to members of the family Ceratopogonidae, also known in Florida and elsewhere as a sand gnat, sand flea, no-see-um (no-see-em, noseeum), granny nipper, chitra, punkie, or punky. Its scientific name is Phlebotamus. 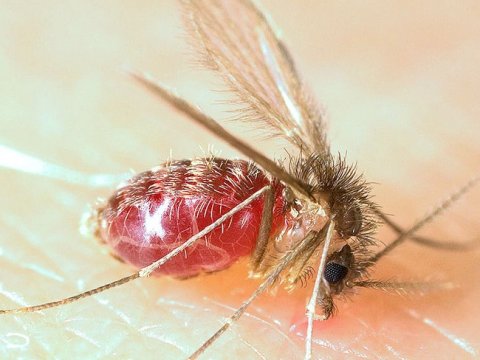 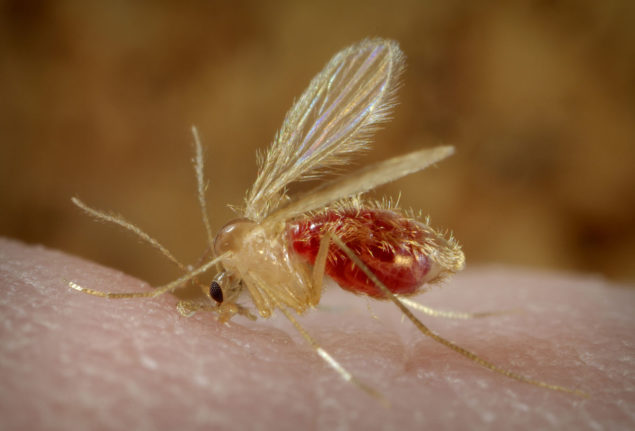 Sand flies feed on the nectar of the flowers the blood of the animals and human beings also make a good portion of their food. They bite the host causing minor to major complications. The sand fly bites can be painful. Once the host is bitten, it faces an itchy and uncomfortable pain followed by the reddening of the skin. Bumps start appearing. In some severe cases, blisters are also reported. If the harsh conditions stay unattended, they can transform into skin inflammation and dermatitis. They typically bite the feet, ankles and legs because they are closest to the ground. Sand fleas can only jump around 20-40 cm, so there’s much less chance of getting bitten on the upper body unless you’re lying down in the sand.

Sandfly fever, also known as Pappataci fever or phlebotomus fever is an interesting disease mimicking other conditions which causes fever, myalgia and malaise along with abnormalities in liver enzymes and hematological test results. A few days after the infective bite, a feeling of lassitude, abdominal distress and chills develop followed by fever of 39 °C to 40 °C, severe frontal headaches, muscle and joint aches, flushing of the face and a fast heart rate. After two days the fever begins to subside and the temperature returns to normal. Fatigue, a slow heart rate and low blood pressure may persist from few days to several weeks but complete recovery is the rule.

Sand flies develop by complete metamorphosis, which means they go through four developmental stages: egg, larvae (grub), pupae (cocoon) and adult. Sand flies complete their life cycle within 1-3 months, depending on the sand fly species and their environmental conditions. Sand fly adult females lay from about 30-70 eggs that are laid singularly in small batches on moist surfaces like soil in protected areas with high humidity and high organic matter. Eggs typically hatch about two weeks after being deposited. The larval stage may take no longer than three weeks to mature, but may also be longer if the larvae is in an area where it must survive cold weather. Before entering the pupal stage, the larvae stop feeding on the organic matter in their habitat and seek out a pupation site that is drier than its larval habitat. The pupal stage usually lasts only 1-2 weeks. After emerging from the pupal case, the adults disperse at night with the males dispersing before the females.

Sandfly bite treatment includes hydrocortisone or calamine lotion application directly to the bites to help them heal and reduce itching. Oatmeal baths and aloe vera can also soothe itching. For persistent sores or ulcers, you should see a doctor. First of all don’t scratch the bites. It increases the chance of getting infections in the wound. Check the bite for breeding sand fleas. They can live under your skin and suck your blood for weeks. Take some painkillers to reduce the pain and swelling. You should see a doctor if this doesn’t help or if the symptoms get worse. He or she may also advise you to treat your bites with an antihistamine cream.

Baking soda mixed with water may give you some relief. Just put it on the affected area and let it work. Make yourself an oatmeal bath and soak in it to reduce the itching. The water must not be too hot. Aloe Vera is great for all kinds of wounds and it also has a soothing effect on sand flea bites. Essential oils like lavender, eucalyptus, tea tree and cedar wood may also help you get rid of the discomfort.