A perennial grass of the warm season, giving rhizomes and rapidly growing into stolons. It is very salt-tolerant, resistant to wet soils, and long-term cloudiness. It blooms in tropical and subtropical coastal areas around the world. It is most commonly used as golf grass in salt-prone areas or where saltwater irrigation is required. It is used as sports turf.

Seashore Paspalum is a perennial plant of the warm season, which grows with rhizomes and stolons. Stolons and Seashore Paspalum leaves are slightly harder than the common Bermuda grass. However, with regular mowing to a height of 1 inch or less, the grass will form a dense turf.

One of the great features of Seashore Paspalum is its resistance to saline soils. It is reported to tolerate salty areas much better than Bermuda grass. This species is often the only grass to be found around willows and estuarine bodies along the Texas coast.

Seashore Paspalum is a small, tough stemmed grass with a dense root system and vigorous growth habit. The leaves in the bud are twisted. This grass has no auricles, but a short membranous ligule is present. It is light to medium-colored and grows with rhizomes. 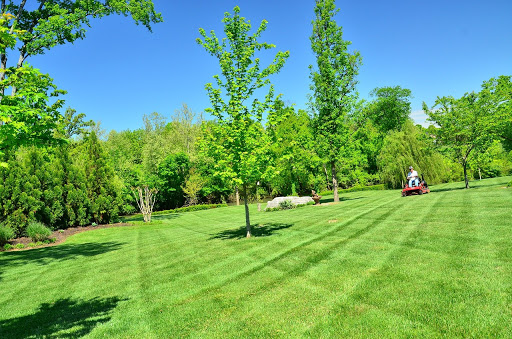 Some vital identifying characteristics of Seashore Paspalum are given below.

● Leaves of the seashore paspalum in the bud are twisted.

● A short membranous ligule is present.

Intermediate Maintenance of a seashore paspalum requires a moderate amount of water and fertilizer, as well as frequent trimming to keep the grass cut low. This species is difficult to mow because it is more rigid than other grasses and recovers rather slowly from damage caused by trimming. It tolerates heat and salt well and also tolerates shade well. Seashore paspalum tolerates some movement and recovers quickly after moderate wear and tear in the spring and summer.

Recommended seeding rate is 1 lb / 1000 sq. Feet. Seashore Paspalum requires very well-prepared soil or seedbed for good Germination and establishment. The seedbed must be clean and free of weeds and other grasses.

Seed viability is low, and some have been found in a seed bank in a heavily infested area of ​​Louisiana, USA. This may be partly due to the self-incompatibility reported by Carpenter in 1958. He found that only one in four seeds in Australia and South Africa self-pollinated. Leonard et al. in 2015 said that Germination of less than 5% at room temperature was improved with a constant temperature of 35 ° C or a variable temperature regime from 25 ° C to 35 ° C. In 2006, Shim et al. also discovered that the alternation at 25/35 ° C is optimal with KNO3 and discovered the advantages of light. In 2012, Serena et al. Germination was not affected by salinity levels of up to 12.5 dS / m 2.

Seashore Paspalum is commonly known as Paspalum vaginatum and is also called with many other names. This type of grass grows intensively and is found in humid and salty habitats. Seashore Paspalum is believed to be native to America, but it can be a persistent rice weed in West Africa. It can be seen spreading up to 1–2 meters per year and becoming dominant over native vegetation in coastal habitats.

It is believed that Paspalum vaginatum originated in America. However, in 2005, Chen et al. studied the range of genetic diversity and concluded that its origin could be in Africa. In 2016, a team of invasive species experts indicated that it is only native to the United States and Ecuador and was later introduced elsewhere. In 2013, Lansdown et al. and most other sources stated that it is native throughout America and Africa, and most of Asia (including Australia) and was later introduced to Europe, North Africa, Azores, New Zealand, Hawaii, and Fiji. In 2016, in the Pacific, PIER indicated that Seashore Paspalum is native to many islands and introduced to others, including Hawaii. It is widely grown as turf and is almost certainly found in many areas where it has not been grown naturally, such as in some provinces of China.