This perennial plant is known as pipevine, Dutchman’s pipe, previously known as Aristolochia durior possesses large, heart-shaped leaves and looks like wild ginger. Aristolochia macrophylla is its scientific name, and it belongs to the birthwort family. It is sometimes referred to as green pipevine and green Dutchman’s pipe.

The pipevine is an eastern North American deciduous woody vine. It features a strong growth habit and when fully grown, it reaches up to 20 to 30 feet tall. Although pipe vines normally flower in the early summer, their best characteristic is their foliage, which thrives well when planted in the spring.

The leaves and flowers of a pipevine plant, so named for its distinctive appearance, are heart-shaped and enormous. The flowers emit a stench similar to that of decaying meat, which draws pollinating flies to them. They are visually appealing but can be challenging to cultivate without experience. Pipe vines are best planted at the beginning of summer since their flowers appear at the beginning of spring.

Despite being categorized as a blooming vine, the pipevine is more valuable as a plant for its foliage. Its dense foliage is used for a variety of purposes, including blocking the sun to keep a space cooler in the summer, providing privacy, and masking undesirable landscape features. 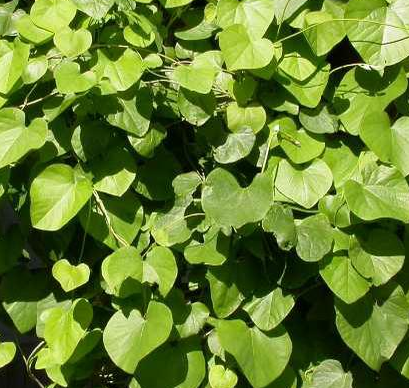 This plant is mostly propagated through seeds. The following steps are followed for planting this pipevine:

Pipevine is a low-maintenance, high-impact plant. The fast-growing plant is simple to care for, needing only adequate sunlight and well-drained soil to produce lush, green foliage and robust vines.

Due to its size and strength, this vine needs to be planted in a place where there is ample room for growth. This is not the sort of plant to install in a confined space or next to lesser plants because they can find it difficult to compete with this plant. It is also advisable to plant the vine where it is encouraged to grow upward from the beginning, such as on a fence, trellis, or another framework.

It is best to refrain from watering the foliage directly to prevent fungal problems, and it is also advisable to be aware that this plant is used as food by the caterpillar stage of the pipevine swallowtail butterfly.

Pipevine does not like cold weather and does not survive frost. It is advisable to place a coating of mulch over the plant’s roots to assist protect them against winter conditions if a drop in temperature is anticipated. In colder climates, the leaves of this climbing vine fall off every winter. Mulch can be placed all around the root base to prevent frost damage. In the spring, the plant’s leaves bloom once more.

The pipevine can be grown well in gardens located in USDA plant hardiness zones 8 through 10. The average length of the vine is just 10 to 15 feet (3.5-4.5 m), but it has the potential to reach a length of up to 25 feet (7.5 m) in ideal growing conditions. Dutchman’s pipe needs a trellis to support its twining stems and broad leaves.

The Dutchman’s pipe plant is not plagued by serious pests or diseases. Any minor insect or disease infestation is rapidly eradicated by it. It is important to treat this climbing vine for spider mites in the summer, as they can cause significant damage. As an invasive plant in some locations, it grows rapidly and can reach heights of 40 feet. As a result, It is important to check the local nursery to see if this plant is prohibited.

The pipevine swallowtail butterfly gets its nutrition from this plant. This plant family produces a deadly chemical called aristolochic acid. However, Pipevine Swallowtail Butterflies are not affected by its venom. It is usually advised to keep an eye on the plants and administer treatment as soon as a problem appears.