Mosquitoes create negative connotations in mind. The behavior of these insects is far more annoying than that of the typical pest. It is advantageous to be familiar with the types of mosquitoes in a certain area, as they signal the presence of various diseases.

Mosquitoes are among the most troublesome summertime pests. There are around 3,000 mosquito species worldwide, with at least 170 of them present in North America. There are dozens of different types of mosquitoes, but just a couple, like those in the Culex genus, bite humans and feed on their blood.

Numerous species of mosquitoes in this genus are capable of spreading diseases including Japanese encephalitis and West Nile virus. It is prevalent throughout the southeastern United States as well as in numerous nations in Central and South America.

Culex mosquitoes come in a variety of colors, although they often possess grey bodies and scales that are either white, silver, green, or iridescent blue. Their straight abdomen and cross veins on their wings make them simple to identify. They possess two wings, a pair of antennae, a slim body, and lengthy legs.

Mosquitoes of the genus Culex are typically between a quarter and a third of an inch in length, though this range is somewhat flexible because they tend to grow or shrink slightly after feeding. Individual mosquitos are difficult to notice since they fly and are most active at dawn and twilight.

Mosquitoes of the genus Culex congregate in the open air, however, they are primarily found in enclosed areas. This is why the Culex genus is called the “house mosquito” because it likes to live in rooms, caves, and outbuildings. Their little size confers a remarkable degree of resistance to cold. 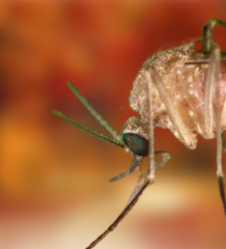 Mosquitoes of the genus Culex are often blamed for spreading malaria, a major cause of death around the world. It also contains:

Some diseases are spread between humans and animals, whereas others are transmitted only between humans. Pathogens come in a variety of forms, including viruses, parasites, and worms. Malaria is also transmitted by Anopheles mosquitoes, in addition to Culex mosquitoes. They also assist in the spread of avian malaria among birds. Culex mosquitoes spread disease and often harm pets like dogs.

Because Culex mosquitoes carry such a diverse array of infectious diseases, the majority of attention paid to mosquitoes that spread disease is concentrated on this particular species.

An egg becomes an adult mosquito after 7–10 days. The following are the stages in this mosquito’s life cycle:

Each female Culex mosquito only lays one egg at a time. A raft of between 100 and 300 eggs is created when eggs stick together. The raft floats in the water.

Larvae are aquatic creatures that emerge from mosquito eggs. They are quite active and are commonly known as “wigglers.” They consume several different aquatic organisms as food. During this phase, larvae molt multiple times.

Pupal stages are aquatic. Due to the lack of developed mouthparts, pupae are unable to consume food in this stage of development. An adult mosquito flies away after emerging from a pupa. Female adult mosquitoes bite both humans and animals. Mosquitoes require blood to lay eggs. After feasting on blood, female mosquitoes seek out water sources to deposit their eggs. There are several days between feeding and searching for a location to lay eggs.

Culex mosquitos breed in several sorts of stagnant water. Organic matter is abundant in preferred oviposition settings such as septic tanks, catch basins, rainwater barrels, and storm drains. Raft-shaped clusters of eggs are placed on the surface of the water.

Culex deposits its eggs in a wide variety of standing waters; however, these environments are generally broken down into four ecotypes: